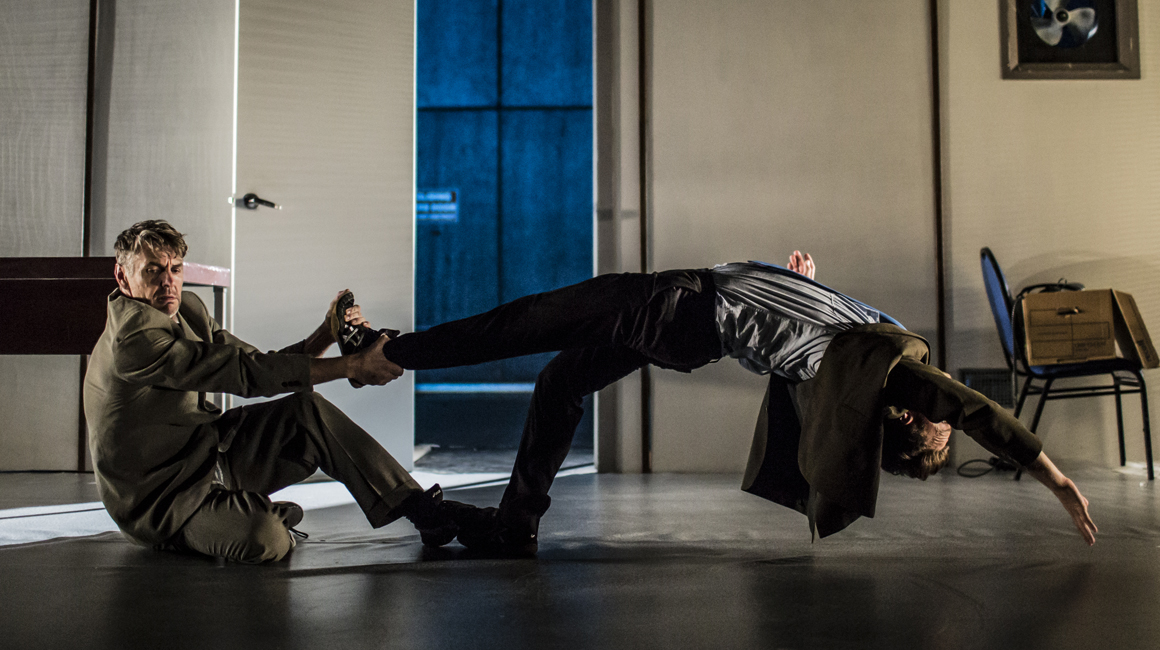 Two blokes in an office. One older, one younger.

A cross between The Office and a cage-fight, this game of comical one-upmanship builds to a moment of impact where everything is suspended. A flash of bared teeth, the desperation of needing to prove yourself vs the need to hold on to what you’ve got.

Cockfight explores the power play between men, the frailty of the ageing body and questions our culture’s desperate desire for achievement.

At The Farm work is made in a collaborative process where everyone brings their expertise without being confined to it. All animals are equal.