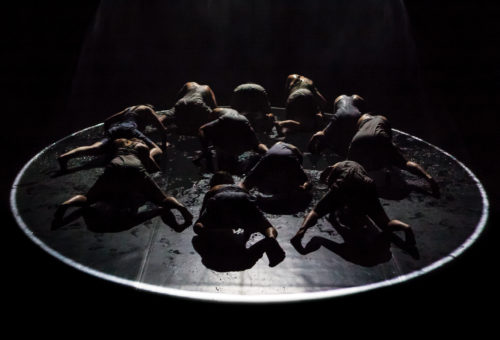 VICTORIA HUNT is a Sydney-based director, dancer, choreographer and image maker. Her tribal affiliations are to Te Arawa, Rongowhakaata, Ngāti Kahungunu Maori, English, Finnish and Irish. Victoria is a founding member of De Quincey Co since 1999, performing in over 40 productions. She has toured with De Quincey Co, MAU, Legs On The Wall, Marrugeku and is co-curator of The Weather Exchange since 2007.

Since 2003 Victoria has created performance work in collaboration with other interdisciplinary/intercultural artists. Her major solo Copper Promises: Hinemihi Haka premiered at Performance Space in 2012, was nominated for a Helpmann Award for Best Female Performer in Dance and toured to the UK and Canada. Hunt’s most recent work Tangi Wai…the cry of water premiered at Performance Space, LIVEWORKS Festival, Carriageworks in 2015 and was nominated for Australian Dance Award, Helpmann Award and FBiSMAC award.

Alongside her choreographic practice Victoria has taught extensively since 2001 and is currently supporting a number of emerging artists to develop their body-based hybrid performance practices. Victoria was awarded the Rex Cramphorn Theatre Fellowship from Arts NSW for 2016-17.

TANGI WAI… the cry of water