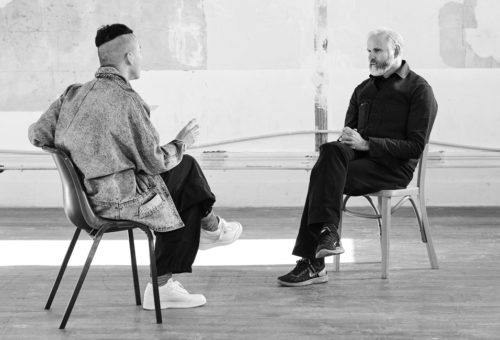 Shian Law is an Australian performance artist. He received formal training in dance at the Victorian College of the Arts and regularly works as a performer, choreographer, collaborator and dramaturg in the context of dance, live art intervention and trans-media performance.

Law’s multi-faceted conceptual projects are the result of an adept practice spanning several artistic disciplines, including choreography, spatial practice, participatory art and screen-based art. Through his collaborative practice with a core artistic team, Law’s work utilises hybrid forms and new discursive frameworks wherein the representation of body and the way we experience dance are investigated. Grandeur, intimacy, spectatorship and historicity are recurring motifs.

Most recently, Law has returned from a study trip to Berlin and New York with the support of Tanja Liedtke Foundation and Ian Potter Travel Grant. He has two current projects in development-a multidisciplinary performance work, Vanishing Point to be premiered in Dance Massive 2017, and Epic Theatre commissioned by Rafael Bonachela for Sydney Dance Company New Breed 2016. In late 2016, Law will re-locate to Paris for a collaborative project under the mentorship of Jennifer Lacey at Cité Internationale Des Arte with the support of the Australia Council for the Arts. It will be followed by a series of residencies at Ménagerie de Verre, Paris and Metro Arts, Brisbane Australia. Law is the inaugural artist-in-residence at the Temperance Hall under the stewardship of Phillip Adams’ Balletlab.