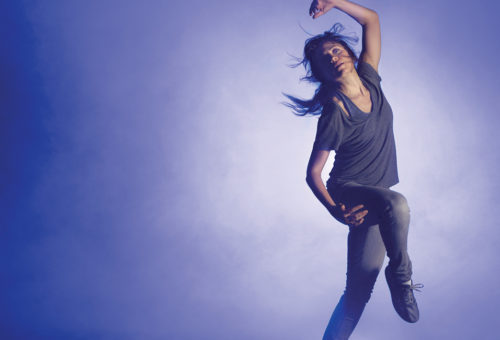 NICOLA GUNN is a Melbourne-based performer, writer, director and dramaturg. Since 2001, she has been making works that blend performance, art and anthropology to explore the fragility of the human condition with subversive humour. Her artistic practice is committed to institutional critique, social engagement and generating works that activate the public sphere by questioning old ways of being or proposing new ones. She uses performance to reflect critically on its place in theatres, to examine power relations in existing organisations, and to consider the relevance and social function of art itself. The starting process is often a written text or idea imagined responding to a self-generated impulse to tell a story or explore a form. She draws mainly from her experience to create autobiographical fiction.

She has received 10 Green Room Award nominations and a UK Stage Award nomination. She has won Green Room Awards for Conceptual Realisation (At the Sans Hotel), Outstanding Contemporary Performance and Best Performer (Piece for Person and Ghetto Blaster); a Perth Fringe World Best Theatre Award (Piece for Person and Ghetto Blaster); PACT Best Experimental Performance Award (Hello my name is); and The Blue Room Theatre Award for Most Outstanding Theatrical Experience (Hello my name is).

Works in development include PLAYING SHOP, an interactive live art work for children and adults; Project 1 with Tamara Saulwick; a site-specific work commissioned by Field Theory for Site is Set; and an MTC Neon Next writing commission for a new full-length work.

Nicola is an Australia Council Creative Australia Fellow and a Mike Walsh Fellow.

Piece For Person and Ghetto Blaster 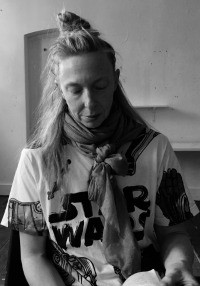 JO LLOYD is a graduate of the Victorian College of the Arts. She has been presenting work for over 15 years, in gallery spaces and theatres in Japan, Hong Kong, Melbourne International Arts Festival and Dance Massive. Recent projects include; the premier of Confusion for Three at Arts House, How Choreography Works with Deanne Butterworth and Shelley Lasica at West Space and choreography for Nicola Gunn’s, Piece for Person and Ghetto Blaster.

She has performed extensively in the works of Shelley Lasica (Solos For Other People Dance Massive 2015), Chunky Move (Gideon Obarzanek), Sandra Parker, Prue Lang, Ros Warby and Shian Law. Other notable works include curating 24 HOURS at Dancehouse (2010) which was featured on the ABC, choreography for Half Brother by visual artist David Rosetzky and a durational work with Nicola Gunn for MelbourneNOW (White Night 2014) at NGVI, Gertrude Contemporary (with artist Stephen Brams), West Space and Bus.

Jo is the recipient of several Green Room Award nominations, two Asialink Performing Arts Residencies (Japan 2004-5) and the Dancehouse Housemate Residency (2008). Jo has taught throughout Australia and overseas for Akram Khan, Jacobs Pillow, Hong Kong Academy, Bangarra, ADT, and regularly at Chunky Move, VCA and Lucy Guerin Inc. Jo is also the co-presenter of Dancing on The Radio on Triple R. She is currently working with Ranters Theatre on their production Come Away with me to the End of the World, to premier at the Malthouse Theatre 2016.

Piece For Person and Ghetto Blaster