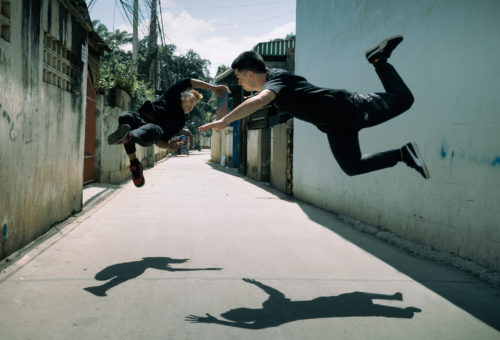 Nick Power is a Sydney based b*boy and choreographer. He is one of the leading hip hop dance artists in Australia, working professionally for the past 17 years.  Since starting out in Brisbane running his own dance space Nick has nurtured young and emerging dancers through workshop projects with organisations including Contact Inc, Stylin Up Indigenous hip hop festival and Schools Spectacular.  He has worked extensively in regional centres and in the remote Indigenous community of Lajamanu on the Milpirri project.  Over the past 20 years he has curated grass roots, medium and large scale hip hop dance events working with some of Australia’s most significant venues and festivals including Carriageworks, Sydney Festival, Darwin Festival and Brisbane City Council.  His dance work has toured throughout Australia, Europe, Asia and Central America and he has worked with companies such as Tracks Inc and Stalker Theatre.  Nick was the recipient of the Australia Council dance residency at the Cite Internationale des Arts in Paris 2012 which inspired his first full length independent workCypher.  The work premiered at Darwin Festival in 2014 and toured to Europe and throughout Australia in 2015.  Currently Nick is developing a new work, Between Tiny Cities  រវាងទីក្រុងតូច, an Australian / Cambodian collaboration involving two b*boys and looking at ideas around locality, style and culture.